How To Find Your Life Purpose

As a kid, I used to play a board game called Snakes and Ladders. You might remember it yourself.

Here’s how it’s played: The board has 100 squares, and each player picks a token to represent where they are on the board game.

As each person takes their turn to roll the dice, they move forward on the squares from one to a hundred by the number of squares that match the number they rolled the dice on.

Therefore, if a player rolls the dice and gets a three, the player moves forward three squares, and the winner of the game is the first player to reach square 100.

Not quite. You see, the board game also has snakes (or chutes in America). If you land on a square with the head of a snake, you have to slide down that snake to where the tail ends. In short, go backwards in the game. 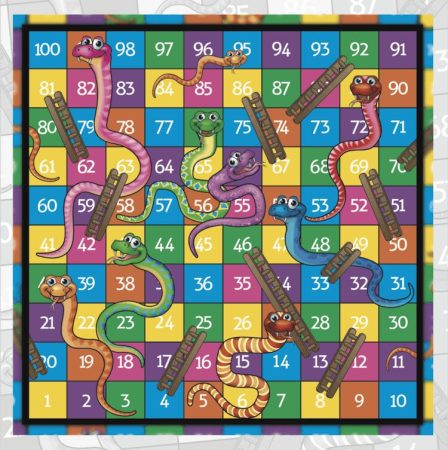 But, there are also ladders on the board. When you land on a square with the bottom of a ladder, you can move up the ladder to a higher number, thereby getting closer to square 100 and emerging as the winner.

It’s a fun game, and more importantly, it provides an appropriate analogy to the game of life.

The Snakes and Ladders Life

When we’re born, it can be represented as starting on square one.

We’re given a body or a persona, which is the token we use in the board game. We move forward year by year, intending to get to the ripe old age of a hundred or until we reach the success we desire.

However, during our life, we encounter snakes. They show up in the form of fears, addictions, depression or the events that knock us back like an illness, death of a loved one, breakdown in marriage, losing a job, home or even complete financial loss.

But, there are also ladders such as a job promotion, meeting a new partner, business taking off, healing from a severe illness, or even winning the lottery.

Life is just full of these snakes and ladders. Some are big, and some are small. And like on the board game, in life, not only does it feel like we move forward and backwards, but there are also times we feel we’re going around in circles.

But, there are also times we get pretty close to our success. We can literally taste it. Unfortunately, it also seems that the closer we get to success, the more snakes start to appear.

Everywhere we turn, there is just a snake there ready to pull us back. And we’re on the brink of success, and we’re nearly there, but we just get knocked back consistently. Some people give up in life and throw the board game off the table.

Others keep going and get back on the board and get to the brink of success in the hope that they will eventually get past all the snakes and reach that level of success that they so desire.

Navigating the Ebbs and Flows of Life

Life is like that Snakes And Ladders board game. But, life is also like the infinity symbol that shows up as the constant ebb and flow. And the more we get into the ebb and flow of life, the easier it becomes to reach where we’re heading.

The more we get into the flow, the easier it becomes. Rather than fighting against life, we learn to work with it to get us where we need and want to go. As we move past every other challenge, we too move upwards towards success, constantly stretching and evolving.

Other players in the game

Like on the board, the Snakes and Ladders Life board game has other players. These are people that can either hold us back or support our progress.

One category is what I typically refer to as energy vampires. These suck every ounce of energy out of us and drag us down. They aren’t nice people to stay around, and we typically don’t enjoy their company.

However, there are also helpers on the Snakes and Ladders life board game. These people support us and want the best for us. Whatever we ask of them, they’re always ready to help.

We may not even like what they’re saying because it challenges us, but, in fact, they are there to stretch and help us grow.

We have a sense, an idea of where perhaps where we’re heading, but we don’t see all the steps laid out in front of us.

Just like on the board game, the excitement in playing the game lies in trying to avoid the snakes while trying desperately to get to the ladders so that you can win the game as quickly as possible.

If you could see the entire game, know where all the ladders and snakes are, you’d try to win immediately. However, perhaps also not knowing what’s ahead of us in life is part of the excitement.

This Free eBook will tell you the meaning of life, understanding your passion and your true why and how to find your Life Purpose. 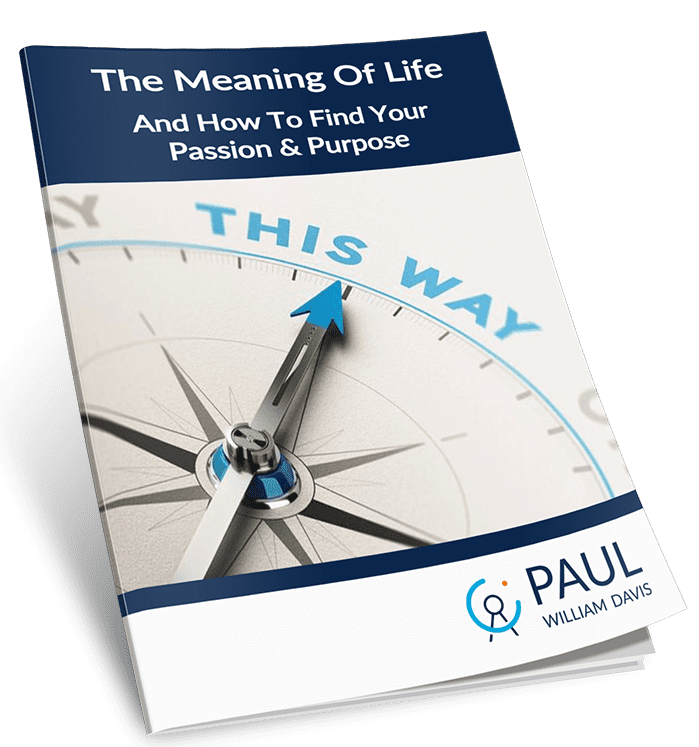 How to Play the Game of Life

Here’s what I’ve learned. Every challenge that shows up in our life is there for a reason. It’s as if we go through life collecting the tools we need to thrive and succeed in the future.

If you’ve ever played computer games, you know that each subsequent level tends to be more difficult than the last. However, as you go through the game, you receive tokens or objects that can help you with complex challenges deep into the game. As such, they help you unlock the higher levels and ultimately win the game.

And that’s what the Snakes And Ladders Life is like. It’s the adventure of meeting the challenges head-on and seeing them as there to help us achieve greater things instead of being the obstacles that stop us.

You see, each time we hit the ladder on the game of life, it means we move up to a higher stage of being as well.

Take, for example, an event that occurs in our life like a bank’s home repossession or losing a job. This can cause us to drop to a lower state of being. This might happen over a long period, or it can happen very, very quickly. That has occurred with the COVID- 19 scenario, which happened very fast in our lives.

You see, we move up and down these states all the time throughout our life. Some of us will be in the same state for many years. Others can move up and down different states through even a day.

We go through life encountering these snakes and ladders, which leads us through these different states of being.

What you realise is that we’re all connected.

Just imagine the amazement of it all if you were to see the board in its entirety!

Indeed, the more fun you have, the easier and better you get at the Snakes And Ladders Life game.

Instead of chasing incessantly to reach the heights of life and exit at 100, have fun along the way. That’s how the game is designed.

The more fun we have, the more we actually obtain.

Life is always about taking that next step, sometimes blindly. Just imagine all the adventures that lie ahead of you from this moment. And maybe it’s just time to roll that dice again and just see what that next square holds for you.

Would you like to learn more about the Snakes and Ladders life board game and interact with other like-minded players? Join our online community, where we go deeper into this and more topics to help you succeed.

During Your Call With Paul You Will:

During Your Call With Paul You Will:

PrevPreviousHow To Find Your Life Purpose
NextHow To Thrive In LifeNext